Its been a busy start to the season at BMFA Buckminster and the first few events have gone very well.

The Jet Modellers Association Fly-in and AGM was well attended and the weather also co-operated, the two days saw around 50 jets on site with constant activity throughout each day, the usual high standard of flying prevailed and there were no incidents, we look forward to welcoming the JMA back in June for a 3 day event which incorporates their scale jet competition, why not come along, spectators are always welcome.

The swapmeet and SAM 35 Spring Fly-in was also a huge success with over 300 cars on site and no problems whatsoever.  The swapmeet was very well supported and I have received lots of positive feedback, thank you to all those who attended and contributed to make it such a positive weekend, the next swapmeet is booked in for October and will follow the same format with the SAM 35 Fly-in.

The other big event for the Centre was the Freestlye Masters, the event went really well thanks to the hard work and dedication of the organising team and it was great to see a strong entry of over 30 pilots most of which were young flyers.

Whilst its not really my thing you have to admire the skill of the pilots and there is no doubt that the associated large lightweight airframes make a pretty spectacular sight as they are thrown around at fairly improbable angles and attitudes, a great weekend with a very positive vibe for the Centre, we also hosted control line combat over the same weekend so it was certainly all action at BMFA Buckminster.

Over the Saturday and Sunday of the Easter Bank Holiday we hosted the now established F3K (Discus Launch Glider) workshop, the event presented the opportunity for new flyers to access the experts (some of the British team members were on hand) and benefit from advice and coaching in all aspects of DLG flying (having your launches filmed in high definition super slow motion was a fantastic opportunity for development).

The event was also attended by Vincent Merlijn, the current World Champion from Holland which was a fantastic opportunity, how often can you receive one to one coaching from a World Champ? The weekend benefitted from absolutely perfect conditions and it was great to see over 30 flyers out on the field launching gliders as well as attending the indoor seminars throughout the two days, a great example of the benefit of having a National Centre.

The day to day activity at the Centre continues to increase with a broad spread of activity and the 2019 diary is pleasingly full, season ticket sales have comfortably exceeded forecasts and the support of those who have purchased a ticket is very much appreciated as it is an important aspect of the overall income.

Camping at the Centre is also becoming very popular, not only as part of events and competitions but also as a model flying “few days away”, we are currently working on the detail of providing shower facilities within the campsite and it is likely that these will be available later this year.

The Volunteer Team at the Centre continue to do fantastic work not only in respect of the grounds maintenance (the site is looking absolutely spot on and attracts plenty of positive comments in terms of initial impressions) but also the project work, it’s going to be a busy 2019.

As I write we are in the grip of some pretty dire weather and sadly the booked IMAC (International Miniature Aerobatics Club) training and try-it day has been cancelled (Saturday 27th of April) however it looks like there is an improvement tomorrow and the F2B (Control Line Stunt) competition will go ahead.

The first weekend of May (3 day Bank Holiday) sees the Ghost Squadron Aerotow event at Buckminster which is looking set to be a very busy and well supported weekend with a good number of pilots already booked in.

The Aerotow meetings are great spectator events and the Ghost Squadron are a friendly bunch. There is always an impressive range of aircraft in attendance between the tug fleet and a mixture of large vintage as well as modern composite scale gliders, why not come to Buckminster and catch up on the action?

Over the second weekend of May we have the Flightfest event at the Centre, real chance for everyone to come along and get involved and particularly aimed at those who are new to model flying as well as those who are thinking of trying it out, a great opportunity to bring friends and family along to take a flight on the buddy box with one of the Centre’s training aircraft.

The BMFA University and Schools Payload Challenge final takes place over the first weekend of June at the National Centre.

The competition is a great spectator event and makes an interesting day out, with the combination of wayward aircraft, awkward payloads and untested airframes it can really be a thrills and spills spectacle.

However, alongside all that there is the technical achievement and sheer determination exhibited by the teams and some pretty spectacular aircraft taking to the skies, why not come along and check it out, 1st and 2nd of June, spectators welcome.

That’s it for this Blog, there will be another once the summer gets underway but until then one more date for your diary is the Warbirds and Beer Festival over the 20th/21st of July, it promises to be a relaxed weekend of warbird flying with the added benefit of live music and a small beer festival in the Hangar.

We look forward to seeing more of you at the National Centre. 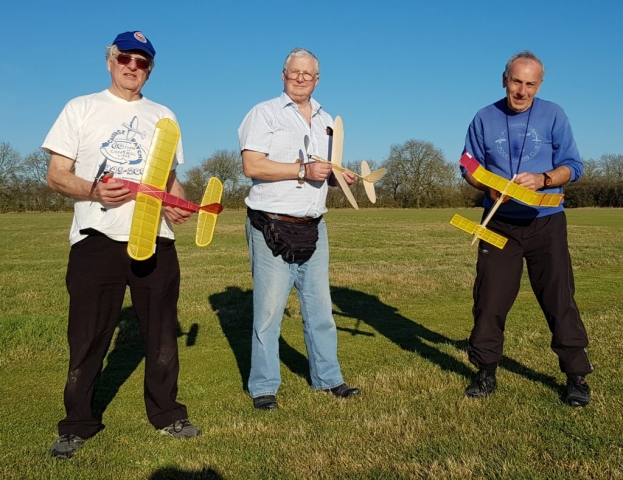 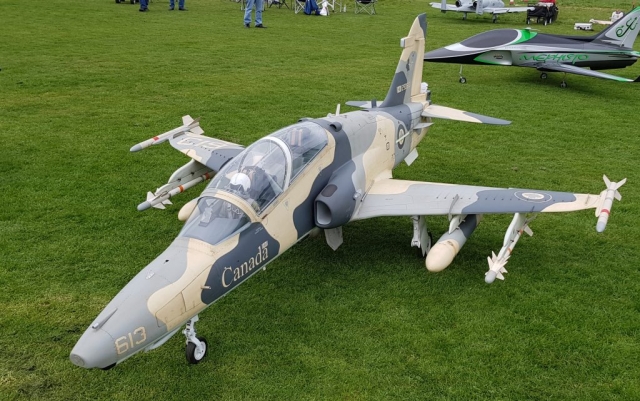