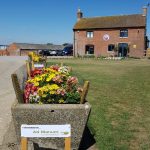 Well, what a summer it is so far! After a rather shaky start weather wise we are currently experiencing something of a heatwave.

In terms of flying weather, it has been fantastic and pretty much every event recently has benefitted from almost perfect conditions, we have had a sustained period of high pressure and north-easterly airflow which has provided a very stable weather pattern.

The summer activities really kicked into gear at the National Centre with the hosting of the BMFA University and Schools Payload Challenge at the beginning of June, this event is really flourishing at its new home at Buckminster, this year’s competition attracted almost 40 teams with 3 teams from China as well as teams from the Netherlands and all over the UK.

The competition is set to go from strength to strength and is attracting the attention of a number of commercial sponsors and partners.

We also hosted a summer Fly-in which attracted a good number of visitors over the weekend, these events are important as the aim has always been a balanced calendar of model flying activity and the opportunity for all members to come along to the National Centre and get involved.

SAM 35 continue to be very active supporters of the National Centre and held their AGM, swapmeet and fly-in in mid-June which again was blessed with perfect flying conditions, attendance numbers were perhaps a little lower than expected but the date clashed with a number of other events around the country. 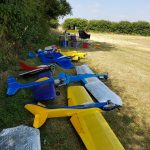 The following weekend saw us hosting the Control Line Aerobatics Pilots Association (CLAPA) championships, again a fantastically positive weekend, great conditions, a high number of entries and great to see competitors reaping the benefits of the hard work that the volunteer team had put into preparing the flying areas.

We have also hosted F2B (control line stunt) and Vintage Combat competitions, the control line circles are very much earing their keep and see regular use from sport flyers as well as the competition activity, it is also pleasing that CLAPA have provisionally booked their Annual Championships at the National Centre for the foreseeable future.

The second weekend of July saw a new event at the National Centre, largely fronted by SAM35, Retrofest was a celebration of all things vintage and retro model flying related, again the event benefitted from fantastic weather conditions and a very good attendance. Visiting flyers really made use of every corner of the airfield and it was great to see so much model flying taking place with no conflict.

The event featured a fixed RC flightline plus arear for radio assist and free flight as well as the control line circles being in use all weekend.

The thermals were particularly strong and a number of the vintage power duration models were swept up in absolute “boomers” against the wishes and control inputs of the pilot (although in one notable incident the pilot neglected to turn on his on-board radio before launching, the aircraft climbed beautifully……for a very long time) the majority of the aircraft have now been recovered from the surrounding fields.

Another notable occurrence over the Retrofest weekend was a fairly substantial “twister” that collected models, pit equipment and general debris as well as a small picnic table which was observed circling at reasonable altitude over the site, fortunately with no injuries caused on its return to earth.

Other events for July have been a scale competition and F5J (large electric soarers) team selection, the coming weekend 28th/29th the National Centre is hosting the helicopter F3N and F3C champs followed by a BMFA Achievement Scheme Fly-in and a Discus Launch Glider workshop over the first two weekends of August, check out the events calendar for details, there’s definitely a good range of activity taking place. 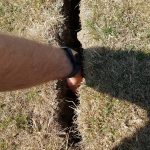 The main theme at the moment is the very dry conditions, the runways are suffering with some fairly severe cracking due to previous mole activity and also the underlying clay, the volunteer team are doing great work in keeping on top of this and hole filling is a weekly task at the moment, hopefully we will get on top of this issue later in the year when we benefit from some rain.

The grass is hardly growing which is good from a cost point of view but we could certainly do with some rain in the near future, however the weeds are flourishing and the main runway is currently supporting a very attractive flower crop which of course won’t interfere with this weekend’s helicopter activity).

The on-site weather station is now fully functioning following the erection of the final sensor and control box (previous functionality was limited and the displayed temperature was the inside of the server cupboard so not particularly useful) the weather station was provided through a kind donation from the BMFA South Midland Area, it’s great to see that it after a few teething troubles it is now working as advertised. Take a look at the current weather here and the weather history here.

The volunteers continue to be the backbone of the Centre and are owed a debt of gratitude for their ongoing commitment and support of the project, the site is maintained to a high standard thanks to their efforts. 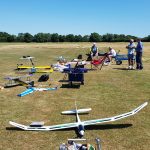 Another positive thread is club visits, a number of BMFA clubs have taken the opportunity to have club “away days” at the National Centre which have worked really well and been very well received, some clubs are already looking to book their second visit, why not consider a day at the NC with your club mates?

We also continue to host a range of events to utilise the indoor space (and of course generate revenue) and we are currently looking at a winter programme, we recently hosted a 3D printer course which was made available to BMFA members (FOC) by Nottingham and Trent University.

In summary, the year so far is very positive for the National Centre, good utilisation and very much setting the scene for the future, the diary is full up to the end of October (don’t forget the next swapmeet, October 21st).

The best way to support the Centre is to visit, come along to an event or for a midweek ad-hoc fly, book a few days camping or just call in for a cuppa and a look round, be sure to check the calendar to see what’s on or call the Centre on 0116 2441091 for information.

We look forward to welcoming you at the National Centre.

A few pictures of recent activity for your enjoyment. 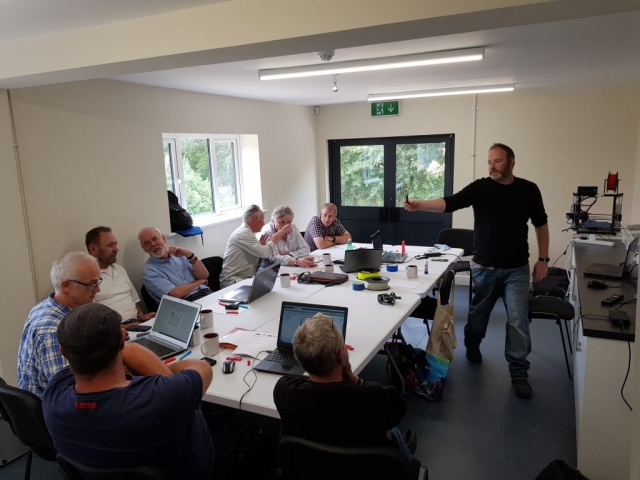 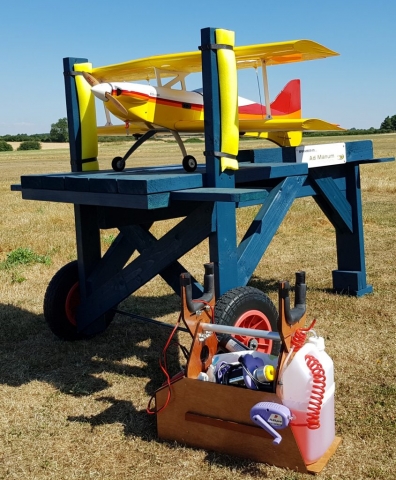 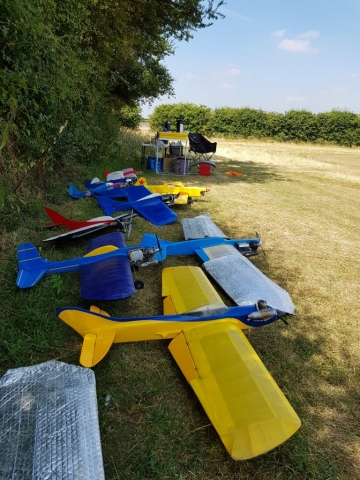 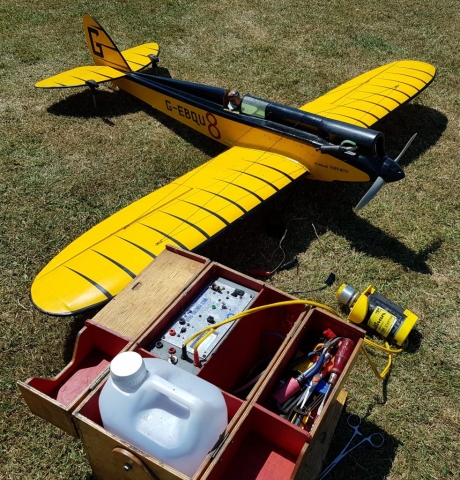 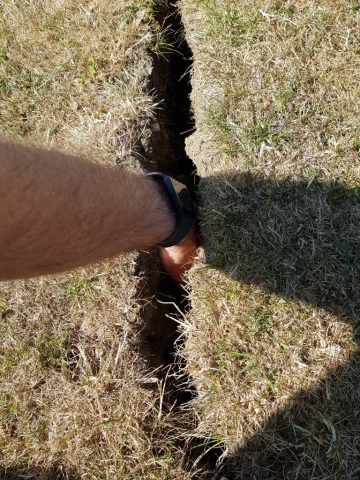 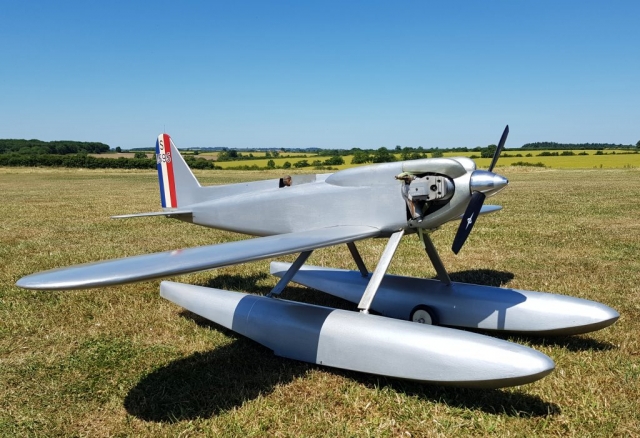 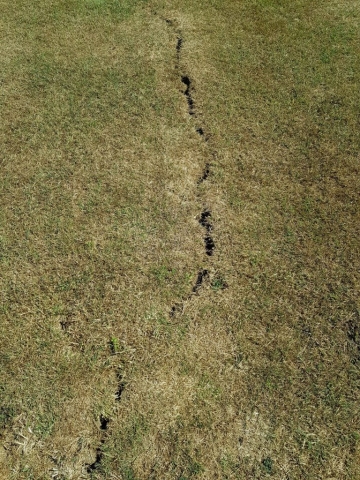 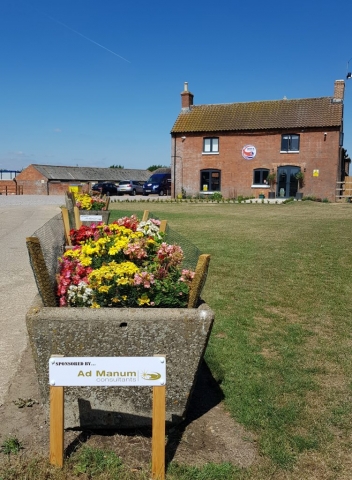 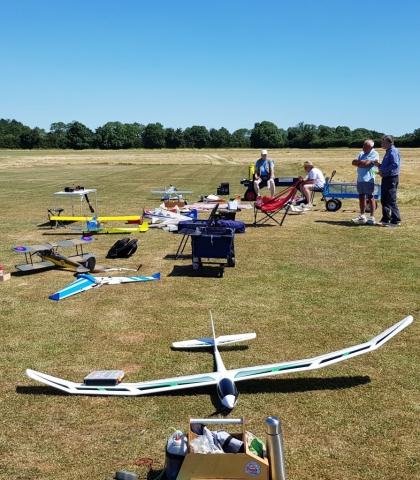 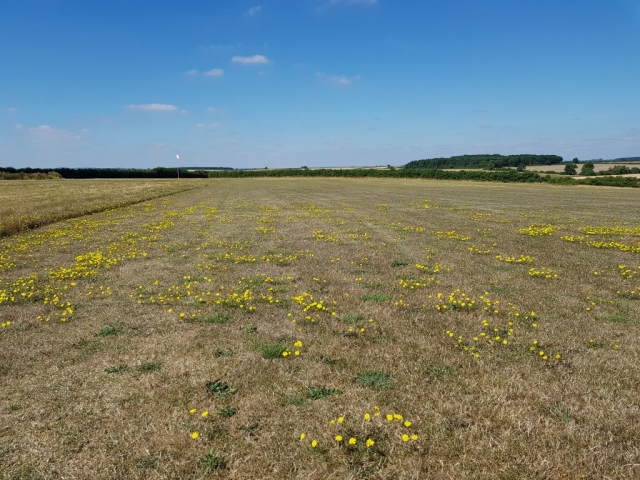 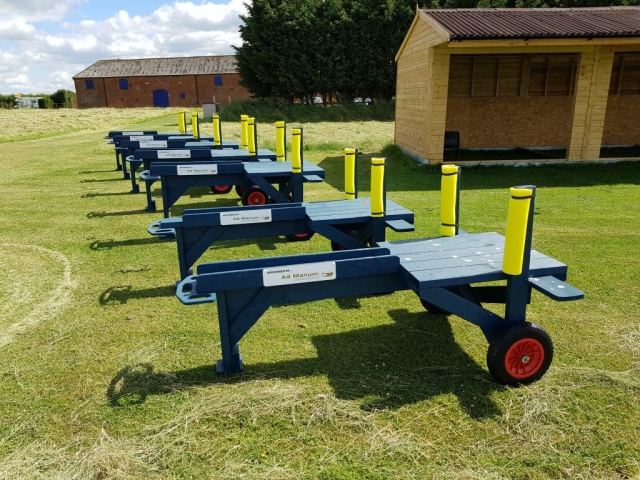 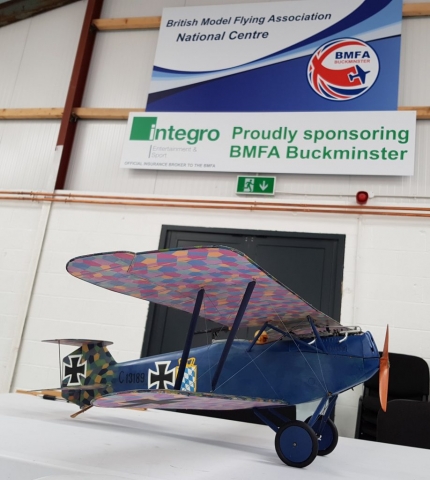 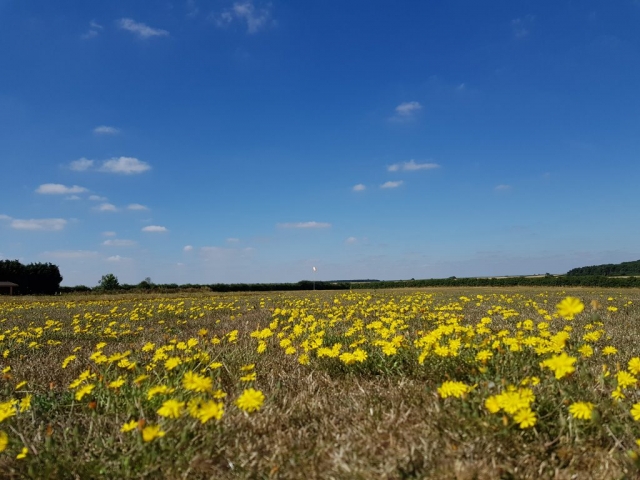 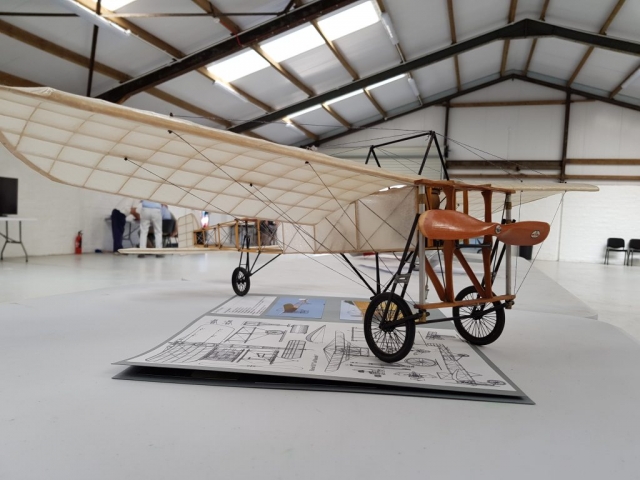 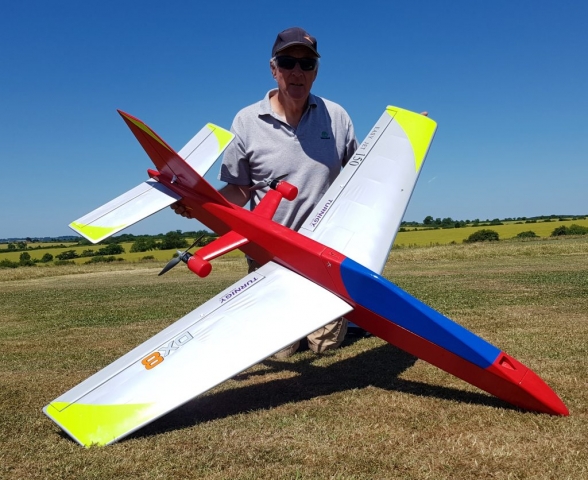 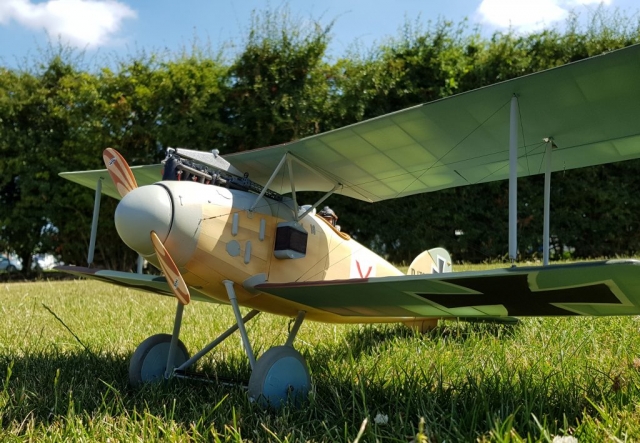 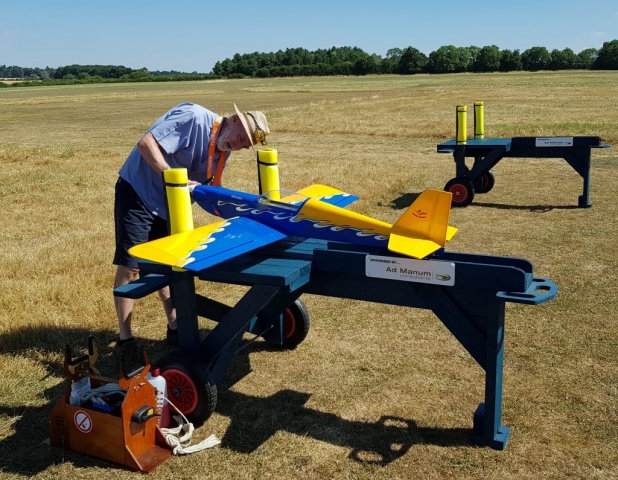 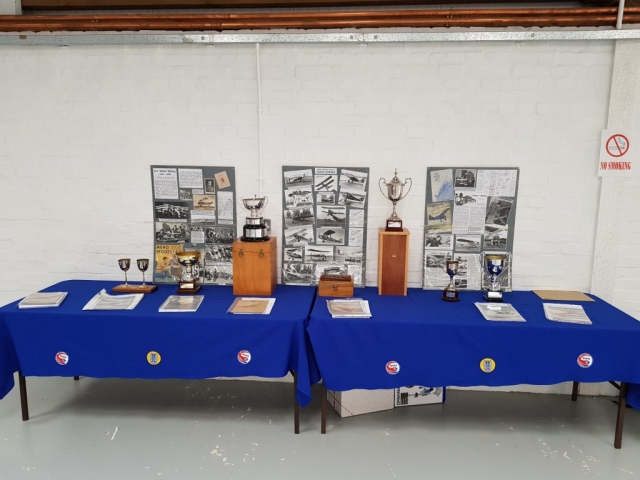 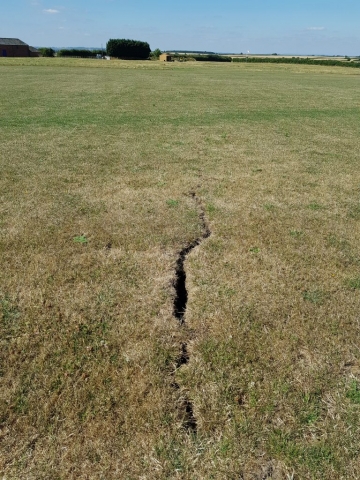 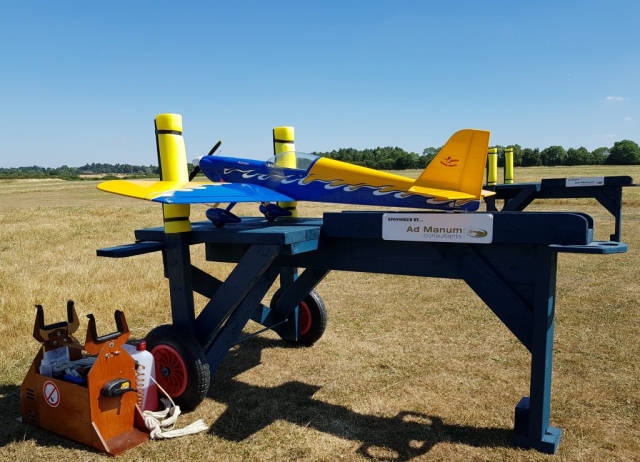 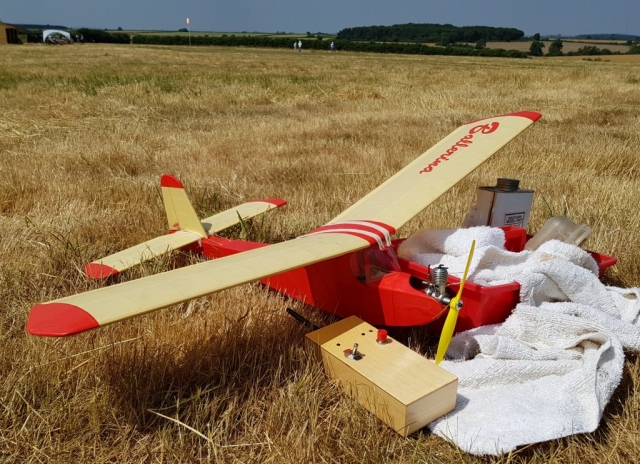 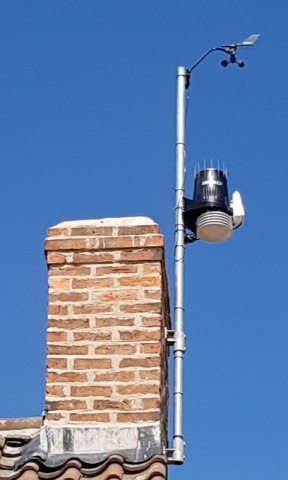 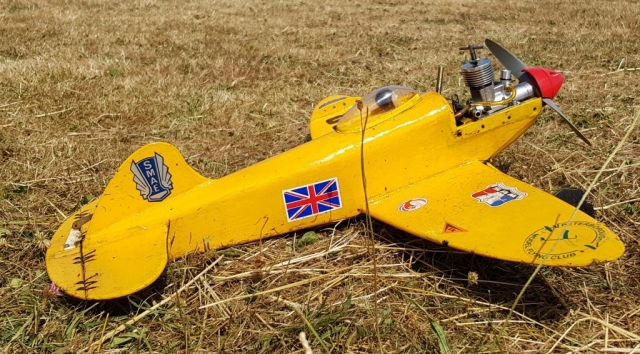