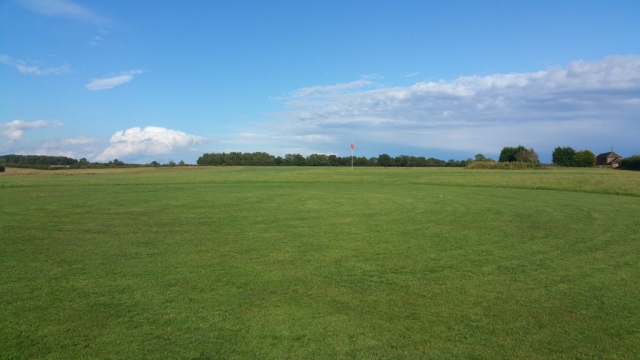 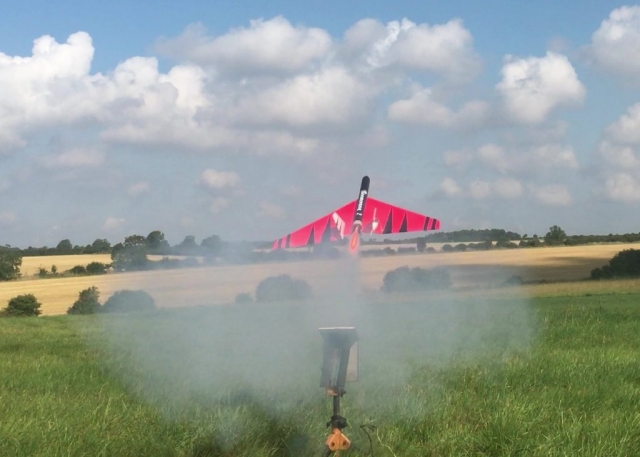 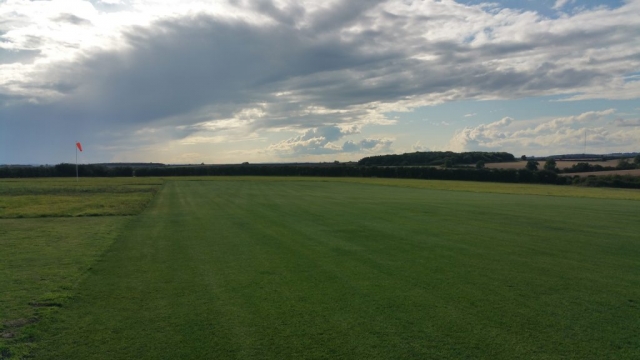 It has been yet another busy month at the National Centre with a steady increase in day to day activity as well as regular event bookings at weekends.

The season ticket holders are making good use of the site and the facilities and we now have over 40 season tickets (against the first year prediction of 25) but there is certainly the capacity to accommodate significantly more, there have also been a reasonable number of day visitors turning up to fly (with a few actually taking out season tickets at the same time) and the camp site has seen a reasonable amount of use both for specific events and also on an arrive/camp/fly basis.

The activity at the centre continues to be diverse with a good range of aircraft being flown covering everything from vintage rubber to large scale IMAC class aerobatic aircraft and most recently a rocketry event.

We have hosted a number of events during August which included a SAM35 two day vintage fly in which despite poor weather (40mph winds) attracted a very good attendance and had a very positive response.

The runway continues to flourish and we have now taken on grass cutting as an internal task with our own equipment, this activity is largely supported by our valuable group of volunteers, this provides a flexible and cost effective solution to grounds maintenance.

The BMFA Buckminster Volunteers group continue to do great work and as well as assisting with the day to day site maintenance tasks they are also taking on new project work. The Events Building walls have now been painted and next task is the floor, there is also plenty of carpentry work to tackle and the aim is to refurbish the majority of the doors on the old barns (which will provide some additional storage and help to preserve and protect the buildings).

Some very positive news is that BMFA Buckminster now benefits from a long term exemption (currently to December 31st 2018) to the Air Navigation Order which permits operation of model aircraft over 20kg above 400 feet.

This will also generate a permanent NOTAM (Notices to Airmen) which will assist in keeping full size aviation activity clear of the site.

The exemption is up to 1500 feet and represents a cylinder of 1km diameter centred on the mid point of the main runway.

Having the exemption in place is a really positive move for the National Centre as it means we can accommodate a huge range of model flying types and sizes as part of the standard activity. This is also precursor to a permanent symbol on the air charts.

The calendar for the National Centre is fairly full through to the end of October with events taking place almost every weekend which is great news.

We have a couple of vintage and retro events coming up in the near future (27th September and 1st of October) as well as a JMA Jet Modellers Association) fly in mid October.

We have just held our first Introduction To Aerobatics day hosted by Ashley Hoyland of the GBRCAA (Great Britain Radio Control Aerobatics Association), the 9 attendees on the course had a full day consisting of flights with their own aircraft, briefings and seminars and demonstrations of competition schedules flown by Ashley.

It was a great day and feedback from the attendee pilots was very positive, the aim is to continue the Introduction To Aerobatic events on the first Wednesday of each month, keep an eye out for further information get your place booked early (date for the next one has now been set for the 4th of October).

Following on from this we are already talking to a number of the other model flying disciplines with the aim of running similar initiatives so whether your thing is scale, racing, soaring or building and finishing there will be something happening at BMFA Buckminster for you over the coming months.

For those who like a modelling bargain or two we have the Autumn Swapmeet taking place on Sunday the 29th of October, the aim is to also open the flying site for those who want to combine a bit of shopping with a flying session, hopefully there will be refreshments available if enough people indicate that they will be attending.

Our thoughts are already turning to 2018 and we are already receiving a number of enquiries and bookings for next year, in order to assist the planning and publicising of events we will be aiming to confirm as many dates as possible in the near future.

If you are thinking of booking the National Centre facilities for 2018 then do get in touch as soon as possible in order that your dates can be factored in to the planning for the coming year. 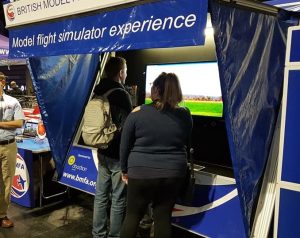