It was all going so well…….

I suspect many of us had been expecting a return to full lockdown for some time based on the rapidly rising case numbers and here we are again; as of November the 5th the country is back in lockdown measures very similar to earlier in the year, with one or two differences relating to schools and shops, disappointing but inevitable.

In terms of the National Centre it means that we closed fully at the end of flying on Wednesday the 4th of November and will remain closed until further notice (nominally the current lockdown is programmed for 4 weeks duration, we will of course be monitoring the Government position before publishing further updates).

Pre booked events will be reviewed for December but in reality it is the quiet time and the only booked events are and Intro to Aerobatics day on the 9th and a pylon racing meeting on the 13th, hopefully these will be able to go ahead, as always keep an eye on the website for latest status updates.

The big news in terms of project work and development is the control line hard circle which will ultimately support the speed and racing disciplines.

Having a hard surfaced circle has been part of the plans for the development of National Centre since its inception but it has taken some time to commence work due to the magnitude of the project and required level of fund raising and project planning.

As you can see from the attached images the circle is located to the west of the pond and flyers car park, the initial dig constituted the removal of around 1500 tonnes of soil, the majority of which has been moved to the lower end of the site where the drop off from the original hedge line is, once levelled it will make the north western corner much better in terms of vehicle access as it will reduce the slope, it will of course take some time to settle down and be usable.

The initial dig is now mostly to the correct level to accept the stone and tarmac and we have commenced work on the drainage, unfortunately work has ceased for the time being due to the double whammy of wet weather and of course Covid restrictions and lockdown.

In reality it will likely be the spring before work recommences in earnest, but it is fair to say a very positive start has been made.

The lockdown break will provide some time to get the next round of materials ordered with around 200 tonnes of stone required plus the associated woodwork for the perimeter edging for the final tarmac finish.

To date the project has been predominantly supported by the regular volunteer team at the Centre with Neil Tricker in particular spending many hours working on the circle.

It is envisaged that once we get to the stage of the more manual work (rather than machinery) that we will be joined by more members of the control line community. 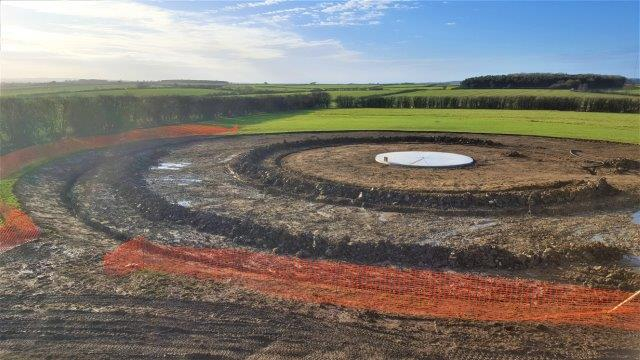 The other major project that has had to go on hold is the work to commission the new shower block, the team had made very good progress following the lifting of the previous lockdown with all the pipework and cable buried underground and the commencement of the wooden access ramp and staging construction.

The aim is to drop back onto this as soon as circumstances permit with the target still to be ready for spring next year.

The other project currently on hold is the refurbish and development of the building next to Reception, the final use for this space is still to be decided but the aim is to recommence work next spring as circumstances and budget permit.

One of the jobs around this time each year is to get the site ready for the winter months, this covers a range of activity including the final grass cutting, the draining of the toilet block and the servicing and mothballing of some of the machinery.

This year due to lockdown we undertook the majority of tasks a little earlier than usual and some of the machinery still requires attention, however, it is good to know that the site is largely “winter ready”

The tethered car track has got its winter covering in place which should help to preserve the surface against the joint concrete killer of water and frost.

The site is actually looking very good at the moment, the runway and other cut areas look in very good order and the cutting of all the perimeter hedges by the estate has certainly tidied things up considerably, once again it’s a shame there is no one there to appreciate it (other than me).

Planning for next year

Of course at this time we have no idea how next year will work out in terms of Covid restrictions and the impact on organised events, talk of vaccines provides some cause for hope but whether this will translate into a return to planned events and group activities remains to be seen, clearly the roll out of any vaccine is going to be a monumental undertaking and as such will take time, fingers crossed.

Essentially all we can do is plan for a full and normal year and then work with whatever the situation is at the time.  With this in mind the populating of next year’s calendar is already at an advanced stage with all of the disciplines submitting their requests in good time, already pretty much every weekend from mid-February to late October is booked or allocated and it is also pleasing to see a significant amount of mid-week activity booked in.

In the mix there is a good number of established bookings but also one or two exciting additions, so keep your eye on the calendar and the website for further information during the coming weeks.

One of the big losses this year has been the very popular Buckminster Swapmeets.  These are always good in terms of attendance numbers and of course the associated positive income, hopefully we will be able to return to these in 2021 but if we are not able to hold the indoor meetings we have programmed an outdoor swapmeet as an alternative plus a couple of other late season “shopping treats”.

Since we opened the Centre 4 years ago we have held pretty much all of the prices at the same level, this has been a very deliberate policy to maintain the site as a cost effective attraction for members, however, time marches on and it is now time to review the pricing structure as of course everything else has been subject to year on year inflation.

Final decisions haven’t been made but any price increase is likely to be minimal and in terms of (for example) camping will reflect the improved facilities.

Of course, the challenge is to maintain the balance between good value for money and paying the bills, each year costs such as fuel, waste collection, rent and utilities see a small but significant increase which we need to keep abreast of.

Overall, despite the challenging year in terms of lost events and revenue due to Covid, the numbers are actually looking pretty good for the year, this has also been assisted by a grant from Melton Borough Council in respect of lost revenue due to the Covid pandemic which has helped to soften the blow somewhat.

As with previous winters we will operate reduced hours for the Centre being fully open, this means that once we are open again our season ticket holders will return to unlimited access to the site but there will be less “turn up and fly” day ticket activity through the winter months.

The aim is to monitor the weather and open for more days if it looks like a period of extended good flying weather is likely but as a general rule the Centre will be fully open Monday, Wednesday and Friday, however, as always check the status box before travelling and if you are unsure just call on the Centre direct number.

When we return to open all of the grass areas will be closed to vehicle traffic in order to preserve the ground conditions.

It will be Spring again in no time.

As already referred we are coming up to the 4 year anniversary of signing the lease for the Centre (which is for an initial period of 35 years), time seems to have flown by and it would seem that much has been achieved at the Centre, largely due to the effort and commitment of my team of enthusiastic volunteers. 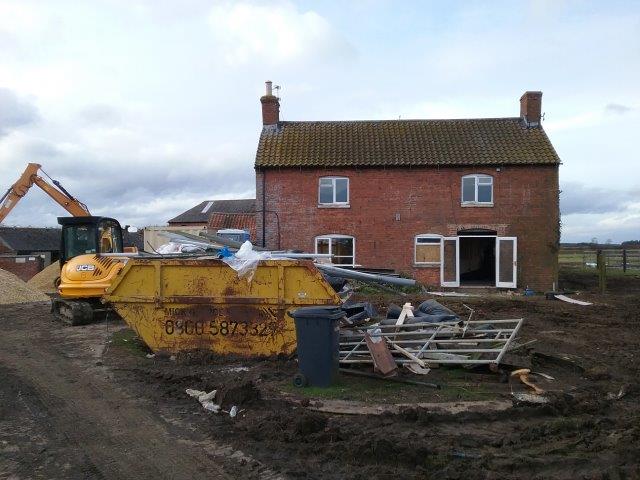 When I look at the pictures of the site when we first viewed it, compared to where we are now I am astounded at how much has been achieved.  I always knew that volunteer input would play a part in the development and running of the Centre but had never envisaged the level of commitment and the level of support that these good gents contribute; the range of tasks that the team tackle is equally astounding, everything from general grass cutting to rebuilding tractor gearboxes and pretty much everything in between. 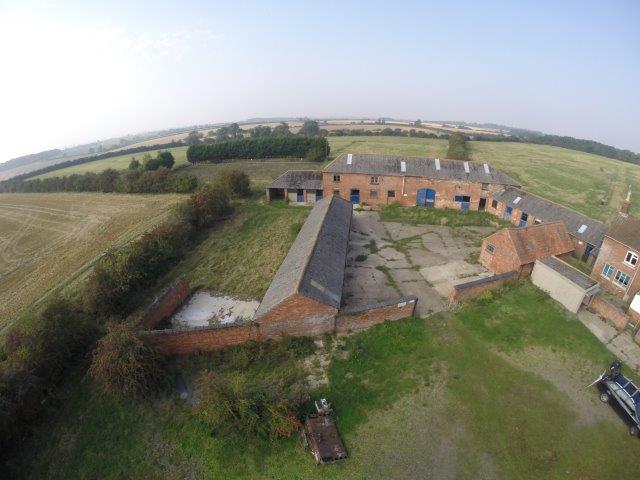 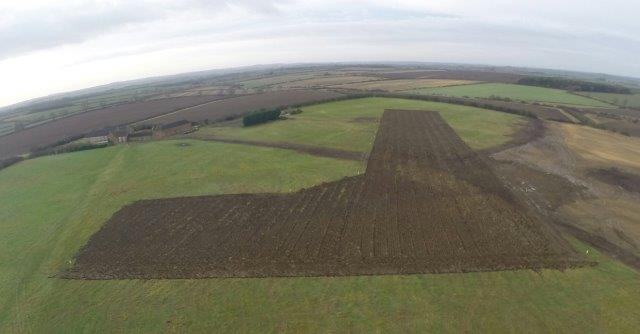 I can honestly say that it is a privilege to work with the Volunteer Team and I look forward to when we can return to our established volunteer day on a Thursday, in the meantime the Thursday evening Zoom Quiz Nights are proving popular and something of a hoot. Gentlemen, you are the best.

But is the Centre a success?

Perhaps a difficult question to answer as the measure of success will be different things to different people.

From a financial point of view the Centre does currently rely on sponsorship from our insurers, they maintain the stance that a National Centre is a positive asset for a National Governing Body and as such remain keen to support the concept and at this time there is no reason to believe this support will change significantly.

The Centre benefits from a modest contribution from BMFA central funds, but only if the BMFA accounts for the year show a surplus.

In terms of use and bookings the Centre has to be regarded as a success. Looking to 2021 (working on the assumption that we can return to normal operations in reasonable time) the calendar is already almost full with every weekend through the main season booked and also a significant amount of midweek activity.  We also continue to attract commercial bookings which do not impact on the model flying activity but generate a meaningful additional income; as each year passes we develop the way in which we use and book the site and its facilities in order to maximise the income.

The other important aspect that has to be considered a success is the fact that the Centre is regularly referred to as “our Centre” and the “home of model flying in the UK” by our members which is extremely important.  It is certainly building momentum and credibility as an important part of UK model flying.

Of course, as with any attraction the overall success relies on people making use of it and hopefully there will be enough events and activities taking place to attract a good number of BMFA members to the site during the coming year.

We look forward to welcoming you to the National Centre in 2021, until then very best wishes.